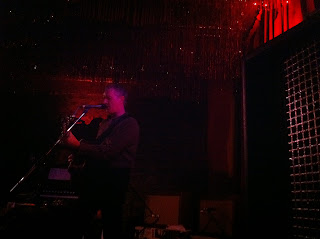 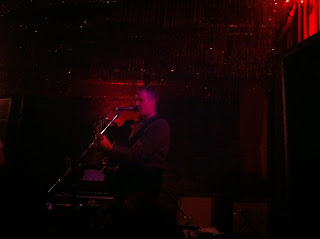 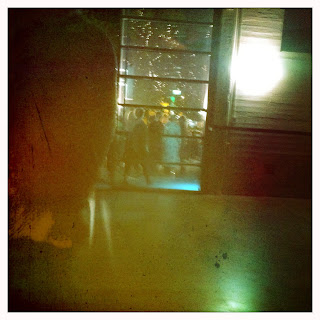 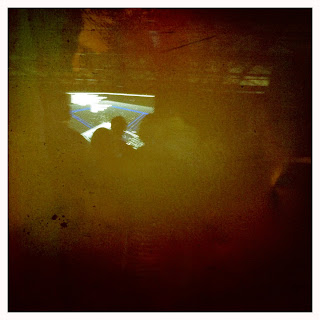 Posted by Fire Door Press at 21:29 No comments:

MONA FOMA 2012 has just ended and it was their best festival ever!

Rockstar headline, PJ Harvey, stood in the spotlight at PW1 with black feathers in her hair and sang nearly the entire repetoire of Let England Shake. She moved in and out of the spotlight when her songs ended, hiding in the shadows at the back of the stage before gliding back to the microphone like a giant black bird for, "Down by the Water."

Stories from the City, Stories from the Sea didn't feature. Fair perhaps as Polly Harvey is clearly touring her new album. But "Good Fortune" and "Big Exit", and "chase you round the table gonna touch your head," were songs I played constantly in high school. I sang them under my breath down long school corridors, and dreamt about standing on a rooftop in Brooklyn with a man who said something I'd never forgotten.

They were the songs I was craving when the crowd clapped like a storm and stomped their feet on the polished concrete floor at PW1 for an encore. I don't think I was the only one.

MOFO was held all over Hobart this year. It started with a street party in Elizabeth Street carpark (that should be re-named the Carpark Party), and ended nine days later with IHOS Opera and a giant staff party at Faux Mo (aka the Grand Poobah). Stupidly I didn't take the week off work.

MOFO is the derivative of MONA FOMA, a festival held for three summers now to celebrate MONA's advent in Tasmania. MONA is a private museum built by gambling millionare and art collecter David Walsh on a piece of green land jutting out into the Derwent River, near Berridale, in Hobart's rougher Northern suburbs.

The best way to get there is to catch the ferry from Hobart's docks near Salamanca. Wind blows through your hair as you sip beer from a Moo-Brew bottle on the deck and the Captain points out sea eagles that you can't see and might think as I did that he was just saying "seagulls" until you look higher into the trees on the rocky bank and see them resting in the upper branches, then swooping. On the other side of the river the zinc works pumps massive clouds from its smoke stacks that the Captain says are just steam.

The ferry moors at the bottom of a tall concrete staircase that you climb as though its a mountain. At the top there is a tennis court. And after you have waited a while outside squinting into the glare of the shiny, silver, wobble mirror you enter the museum and desend into a wealth of art that is exactly what you make of it. No signs or labels, you can wander freely, and drink martinis while you sit in antique chairs beside a bare, rock wall. Nearby a water feature drips out words someone once typed into Google.

MOFO 2011 saw the launch of this grandiose museum. We scrambled about like children inside the museum for the very first time, then drank beers listening to bands on the rooftop. Ivy Street played at sunset, and that's where this poem came from.

But it had eventually
come to something

A boy’s arms circled
my waste quickly
then gone

Made me think it was
as much about
being here as the music
Posted by Fire Door Press at 23:14 No comments:

﻿
For some reason I am much more shy when it comes to blogging and tweeting and co, than any other form of writing ... so I'm going to get started with a bit of chat about the weather, then tell you about Fire Door Press and our very first project Landing on Snow. Then the posts will be various but will serve an overall purpose to track Fire Door's do-it-yourself publishing mission, and will definitely include some poems. 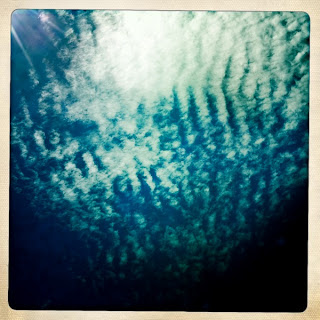 There was a thunder and lightening storm in Hobart (Tasmania) last night, after a 37 degree day! I went to work, to the beach, and then to the skate park. Then it started to rain. There's probably a poem in all of that, but it's not written yet.

It was the sort of day you wear a bikini and shorts around the house, and so hot that the tomato seeds I only planted a week ago sprung green stems out of the earth in their little pots on the front stairs of my flat.

The rain would start and stop. And in between breaths of weather I sat down to write a media release for Fire Door Press to send out with a copy of Landing on Snow to bookshops and libraries, probably some high schools, that sort of thing.

The release took far too long to write and wasn't very good, but the gist of it is here -

Fire Door Press is a publisher providing emergency exits for creative works. It's first release, Landing on Snow, is a collection of poems by Claire Jansen, designed by Rachel Tribout (aka Captain Blueberry). 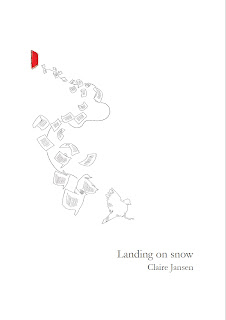 ﻿
Launched at Fullers Bookshop (Hobart) in September 2011, Landing on Snow takes its epigraph from Harper Lee's To Kill a Mocking Bird, "What do you think it means, Jean Louise?" - and its title from the poem "Snow" about Lee throwing her manuscript out the window in frustration.

The poems are brief and tell the stories. Not all the stories are about snow. The text is illustrated by Rachel's simple, black line drawings.

It is for sale at Hobart and Launceston Fullers and Hobart Bookshop, but if you live far away you should email firedoorpress@gmail.com

Fire Door Press is setting up its next project to be a flip-book with artist, Ella Noonan. There are also more poems on the way.

It's cooler today after the rain.

Posted by Fire Door Press at 22:43 No comments: